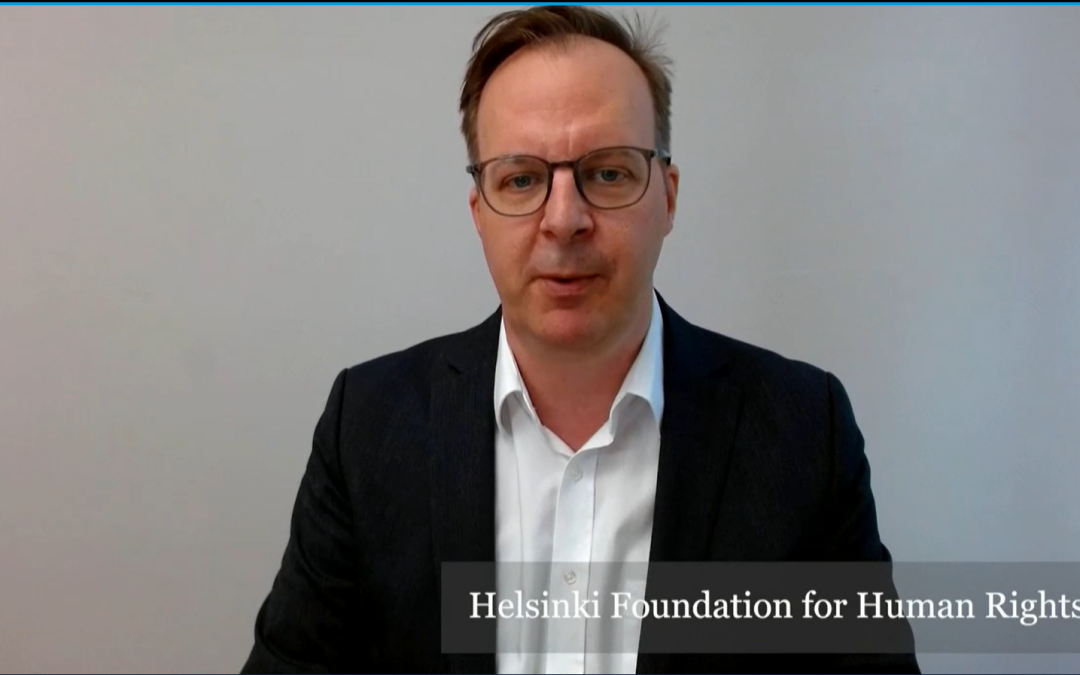 At the 50th session of the UN Human Rights Council (13 June-8 July) currently underway in Geneva, the UN High Commissioner Michelle Bachelet’s May visit to China – and the subsequent NGO and diplomatic criticism – has featured prominently, as well as the high commissioner’s future plans with her first term ending in August. During the session, the International Campaign for Tibet’s UN Advocacy Team have, on behalf on the Helsinki Foundation for Human Rights, delivered three statements on Tibet. The statements were delivered on the issues of education, climate change, and freedom of opinion and expression.

The international response to the high commissioner’s China visit

On 10 June 2022, shortly before the start of 50th session of the Human Rights Council, 42 UN human rights mandate holders published a joint statement reiterating a June 2020 call for a special mechanism to investigate and report on the human rights situation in China. While acknowledging the High Commissioner’s recent country visit to China, the joint statement stressed that high level engagement does not replace the “urgent need for a complete assessment of the human rights situation in the country, and especially in the Xinjiang Uyghur Autonomous Region, the Tibet Autonomous region and in the Hong Kong Special Administrative Region”, in particular given the absence of “any signs of political will [by China] to address the concerns raised”.

In her regular oral update on global human rights developments and the activities of her office, high commissioner Bachelet noted that she engaged in dialogue with the most senior leaders and officials at the national level during her visit to China, and key representatives from Guangdong and Xinjiang. Bachelet noted that she raised specific human rights concerns relating to Xinjiang, Tibet and Hong Kong, and discussed follow up actions, including the creation of an annual senior meeting on human rights.

In addition to these country statements, the Netherlands delivered a joint statement on behalf of 47 countries[4] expressing grave concern about the human rights situation in Xinjiang, Tibet and Hong Kong. The joint statement also expressed interest in the restrictions placed on the high commissioner’s visit to China, and called on her to provide a timeline for the release of her Office’s previously announced report on Xinjiang. It is notable that previous statements on China had garnered less state support, such as the October 2021 cross-regional statement on Xinjiang with 43 states supporting it. Tibet and Hongkong, interestingly, were not mentioned in 2021 statement.

A countering joint statement delivered by Cuba on behalf of 69 countries argued Xinjiang, Hong Kong and Tibet are China’s internal affairs and should not be interfered with.

At the close of her remarks, high commissioner Bachelet indicated that her Office’s report on Xinjiang will be shared with the government for factual comments before publication, and that it would be released before the end of her term.

During the first day of the 50th session, high commissioner Bachelet also announced that she would not be seeking a second term as High Commissioner. This is significant, as it is rare for a high commissioner to only serve one term. Bachelet cited personal reasons for the decision and a desire to return to her family and her home country of Chile.

ICT welcomes the news, as the high commissioner has been dangerously silent on Tibet throughout her term, and has also legitimated the propaganda materials used by China to justify the inhuman persecution of Tibetans. ICT also welcomes the call by NGOs for a transparent, merit-based, and consultative process to pick the next UN High Commissioner for Human Rights. Such a process can ensure the post is filled by someone of high moral standing and personal integrity, and who is independent and impartial, and possesses competency and expertise in the field of human rights.

ICT, on behalf of the Helsinki Foundation for Human Rights (HFHR) delivered three statements. During the Interactive Dialogue with the Special Rapporteur on Education, our oral statement highlighted Xi Jinping’s expansion of a harmful boarding school system that separates Tibetan children from their families and enforces Chinese-language education.

The statement lamented that Tibetan parents now fear “their language, culture, religion and identity will be erased in one generation.” ICT added, “China’s boarding school policy is discriminatory and violates multiple international human rights treaties, including the International Covenant on Economic Social and Cultural Rights, the Convention on the Rights of the Child, as well as China’s own domestic laws,” and called on UN Member states to urge China to halt the policy.

In the ID with the new Special Rapporteur on human rights and climate change, the oral statement delivered denounced the international blind spot on Tibet’s environment and climate change in Tibet. The statement highlighted “Tibetans are a vulnerable community disproportionately affected by climate change, with temperatures in the Earth’s third largest ice source rising 2-4 times faster than the rest of the world. Despite this reality, Tibetans are doubly silenced in their efforts to respond to climate and environmental change. First, Tibetans are not empowered with basic rights to challenge injustice, freely express their opinion or culture to maintain their sustainable relationship with land. Second, when Tibetans raise environmental concerns, their causes are incorrectly dismissed as separatist activism.”

The intervention closed by urging “the international community to pay attention to climate change in the Earth’s third pole, and press China to uphold a human-rights based approach to climate change.”

It is notable that eight NGOs apparently affiliated with the Chinese government (also known as GONGOs) were registered to participate in the debate, although none of them delivered an intervention in the end. Following the discussion, the Chinese Mission exercised their right of reply to address statements delivered by so-called “anti-China” NGOs. In their reply, the Chinese Mission reassured the Council that “Tibetan language is taught all over Tibet”, boarding schools are welcome by students and parents, and that NGOs have engaged in “anti-China separatist activities” and “do not care about human rights”.

Freedom of Opinion and Expression

Finally, in the ID with the Special Rapporteur on Freedom of Opinion and Expression, the oral statement delivered on behalf of HFHR emphasised that Tibetan ordinary citizens “remain isolated from the international community, and are unable to engage with free and independent media, let alone private conversations.”

The statement cited the sentencing of Go Sherab Gyatso, and called on states and the Council to support the recent call by 42 independent UN human rights experts for a special mechanism to monitor the human rights situation in China.